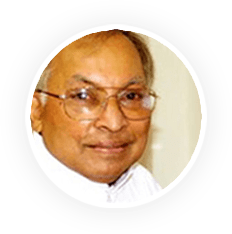 Fr. Oswald A. J. Mascarenhas S. J was born in Mumbai, India, and studied at St Aloysius College Middle School, High School and College for twelve years before he joined the Karnataka Jesuit Province in 1955. During his priestly formation, he obtained Licentiate in Philosophy (LPh) from Sacred Heart College, Shembaganur, Tamilnadu, Licentiate in Sacred Theology (LST) from De Nobili College, Poona, and Masters in Philosophy from Dharwar University, South India. Ordained in 1966, he taught philosophy and sacred theology at the St. Joseph’s Inter-diocesan Seminary in Mangalore during 1967-1970, after which he was sent to the United States to pursue studies in Business Economics.