Dr Dhanajaya K took over the reins as the new Dean (Academics) of the MBA Department on April 26. The handing over ceremony began with invoking God’s blessings with a short prayer.

Justin James of the MBA department gave a flashback of the deanship journey of Dr Rowena Wright and wished luck to the new dean Dr Dhanajaya K. “Dr Rowena Wright was a true mentor who was ready to walk the extra miles to help the junior teachers like me when I joined the department,” he said.

In her message, Dr Rowena Wright thanked everyone for the support. “It has been a joyful journey. It would not have been possible to manage the affairs of the department without the support of everyone in the last ten years,” Dr Wright said.

Dr Dhanajaya K, the new dean, thanked the gathering for trusting him with the new responsibility and sought the support of the staff on the new role.

Dr (Fr) Melwyn Pinto SJ said that one must like what one gest when he/she does not get what he/she likes. “Though Dr Rowena may not have liked the job of dean, she has added value to it and discharged her duties with dedication,” he said. Fr Melwyn congratulated Dr Dhanajaya K on being chosen as the new dean and said that all would support him in his endeavors.

Divya Pereira, the coordinator of the program concluded stating, “Dr Rowena did not build a team, she built a family that stayed together not because of duty but because of its beauty, and nobody could have filled those shoes better than Dr Dhananjaya K.” 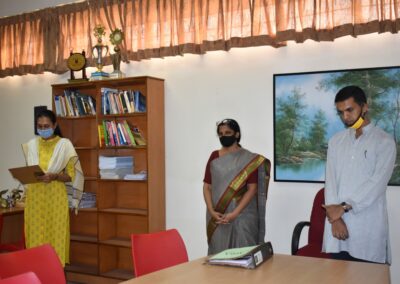 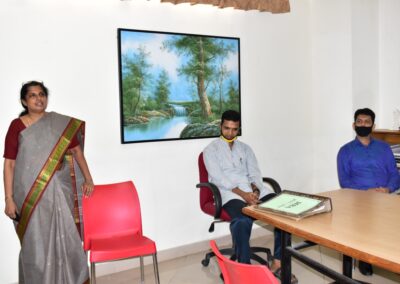 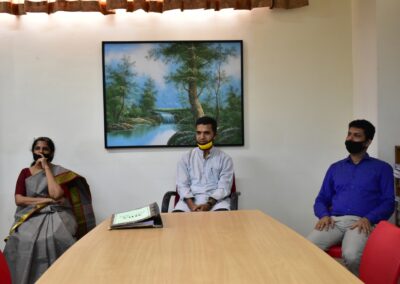