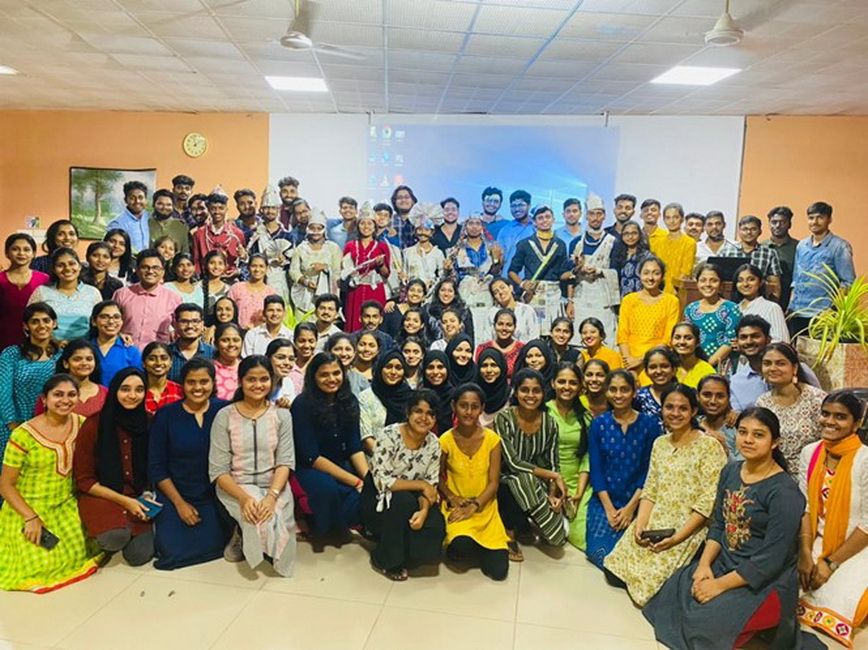 The Department of IT of AIMIT, St Aloysius College (Autonomous)held a one-day orientation programme for the first year batch of IT students for the academic year 2022-23 on November 30. The programme began with an invocation of God’s blessing through a prayer song, sung by the second-year MCA students.

Dr Hemalatha N, Dean IT, addressed the gathering with her opening remarks and wished the students a fruitful session. Fr Joyson Vas SJwas the resource person.

The resource person began the orientation with a message of respecting everyone and inculcating openness in our day to day lives. The students were then divided into eight groups and a group leader was selected to represent the group.

The first session of the day began with a group action song followed by a group activity, ‘who would you save?’ and a lecture on the same. The students were then engaged in a song which was taught to them by the resource person before the session was dismissed for a tea break.

After the break, the resource person conducted an informative session on different personality types, how to understand oneself, how to overcome self-doubt and comparison, and provided the students with effective tools to improve themselves and their personalities.

The third session commenced after lunch. Students were yet again taught an action song which motivated them for the upcoming session. A talk on ‘mindset’ was given by the resource person with a practical demonstration. Followed by this, a group activity was conducted wherein a member of each group was to be dressed with newspapers. This act reflected the unity and team work each group possessed. Students were given an opportunity to share their experiences while working in groups, to enhance and to uphold the effect of such group activities. A group photograph of the participants was clicked to commemorate and cherish the success of the event. The session continued with the resource person educating the students on Jesuit education and values. Later, a session on keeping one’s ‘mindset fresh’ and ‘positive’ assisted by a visual demonstration followed.

In the last and final session, the students were guided on ‘time management’ and ‘effective study methods’. An activity wherein one had to mention good traits of their friend was conducted to enrich the essence of the last session thereby to conclude the orientation programme. Throughout the session, animated short films and videos were screened. 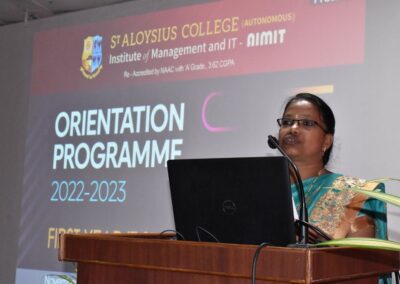 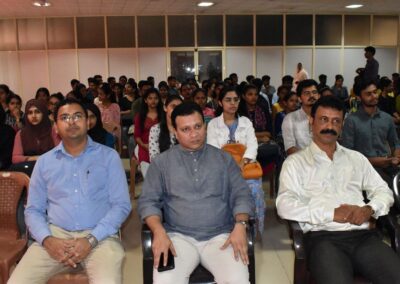 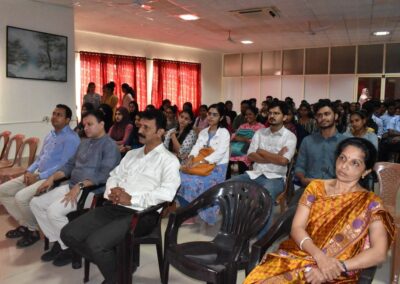 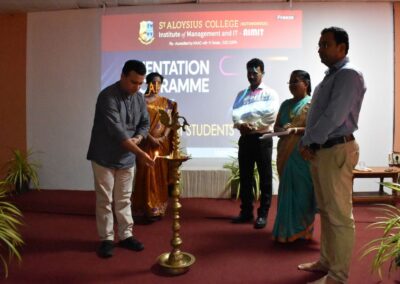 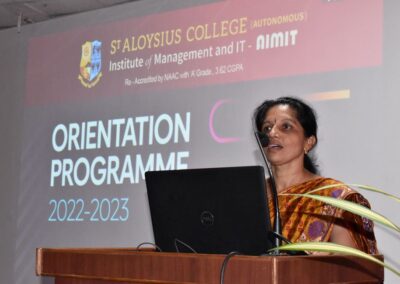 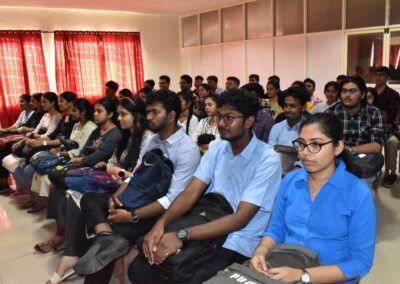 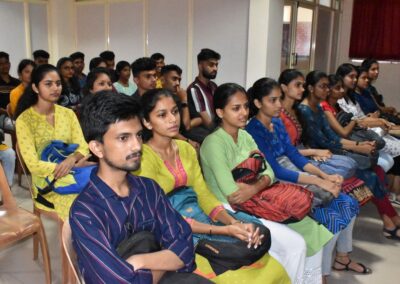 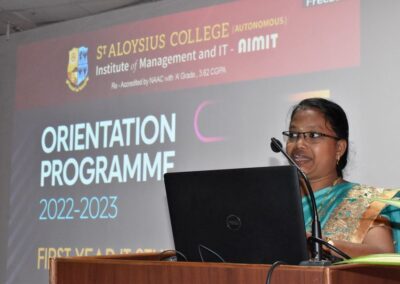 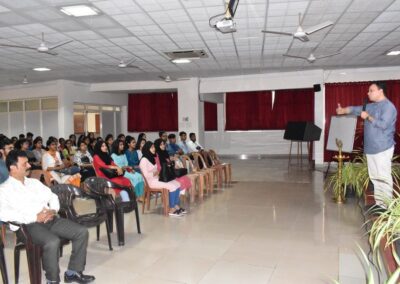 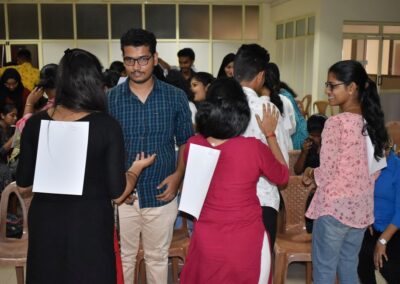 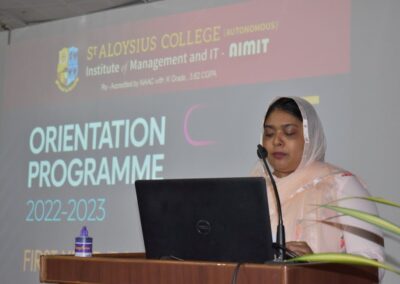 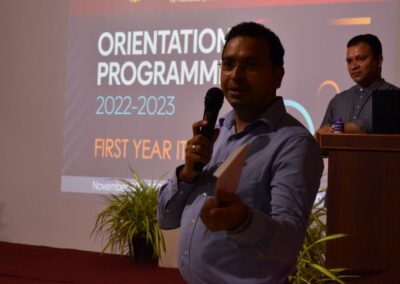