The hostilities who were divided into four groups marched from the main gate till the ground with their leaders carrying the flag of their respective group. The Hostel Sports Meet was inaugurated by hoisting the college sports flag by Director Dr (Fr) Melwyn Pinto SJ. In his address, he called upon students to show sportsmanship. “Sports teaches us discipline and teamwork. Living in hostels at time can be difficult if you are not ready to adjust with one another. This sports day will definitely help you to understand one another,” he said.

At 2 p.m. the mega mysterious AIMIT Treasure Hunt started. All four groups were seen like buzzing bees flying from one flower to the other in search of nectar. Once the winner of the game was declared, all moved to the ground to witness the electrifying football match. On the one hand the football players were beating the heat with their gameplay; on the other hand, the participants from all four teams were patiently drawing the colourful rangolis indoors. The audience were seen enjoying the match as they feasted over juicy watermelons with their groups.

The last game of the day was tug of war. While the teams were pulling the rope at two ends, the whole ground was filled with trumpet sounds, loud music, motivation and ceaseless cheers. The scene was of a great celebration and exhibition of a family spirit.

During the closing ceremony Director thanked all the students for actively participating and making it a successful event. Further, he congratulated the organising committee along with Fr Joel for the meticulous planning and execution. The six referees along with Mr Ravi Kudtarkar, assistant professor, were the guests at the closing ceremony. 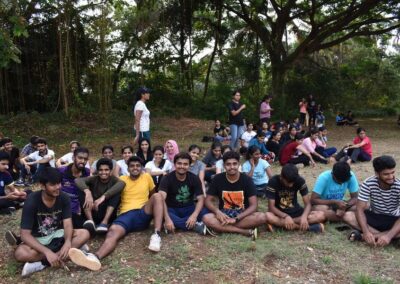 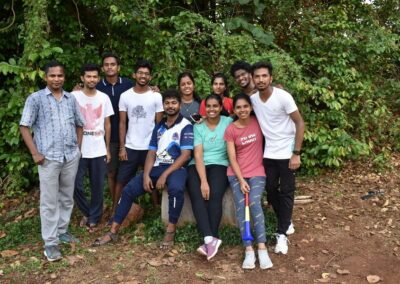 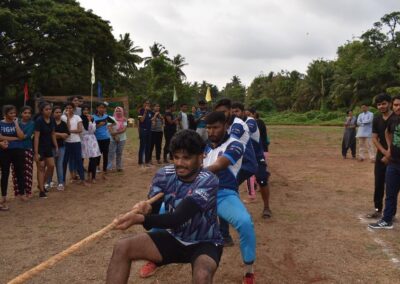 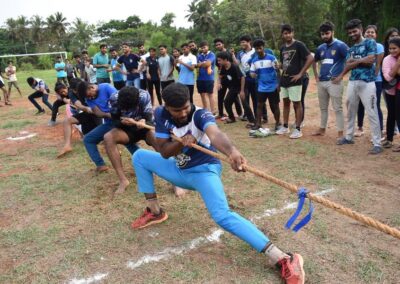 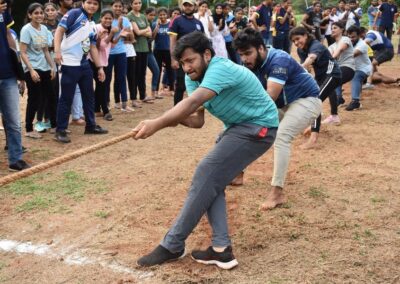 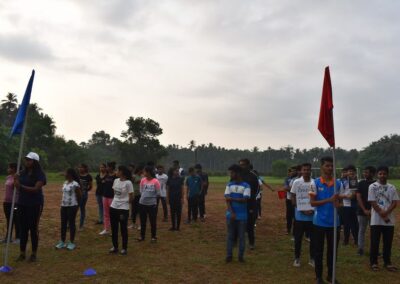 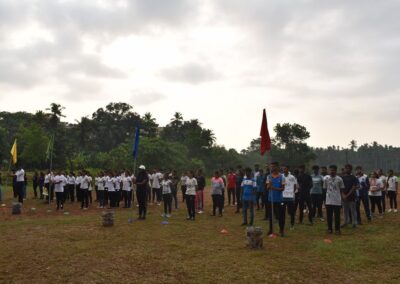 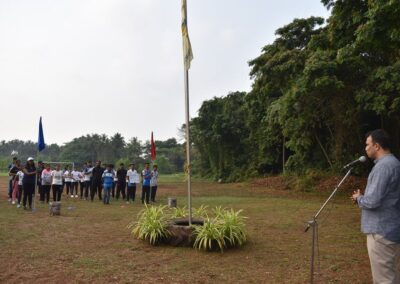 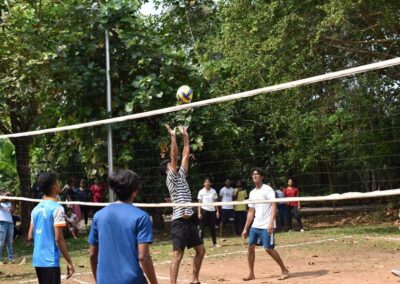 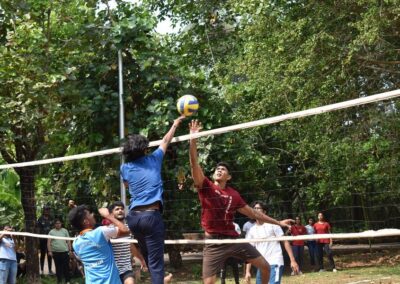 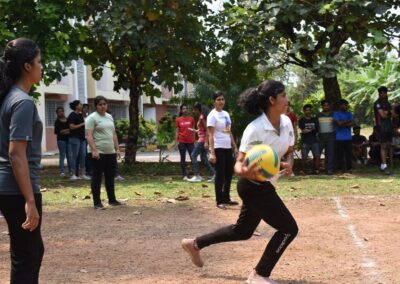 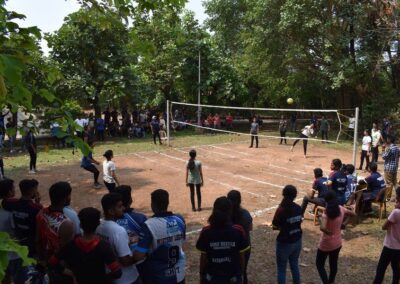 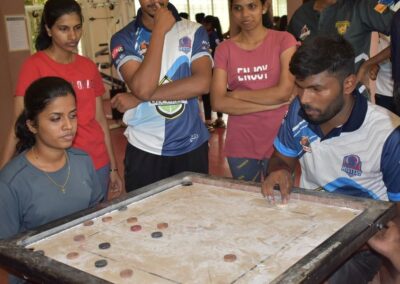 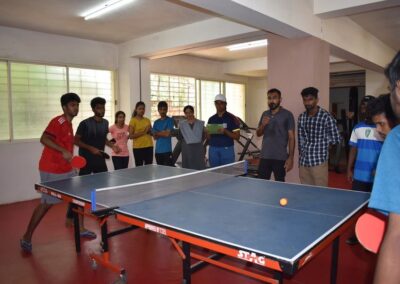 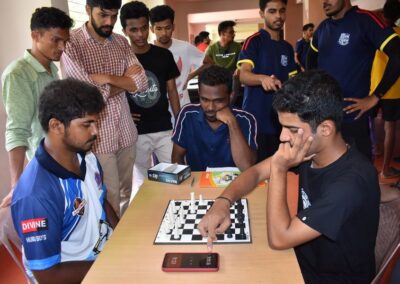 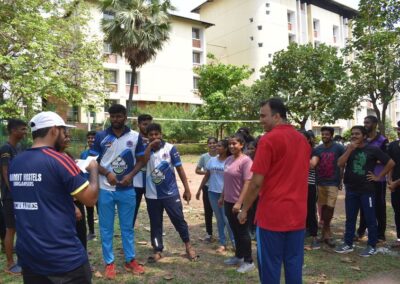 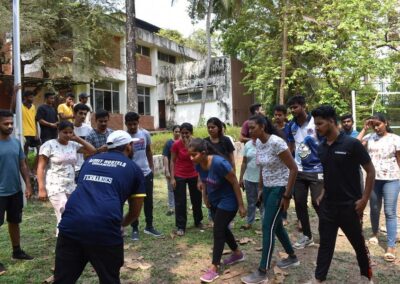 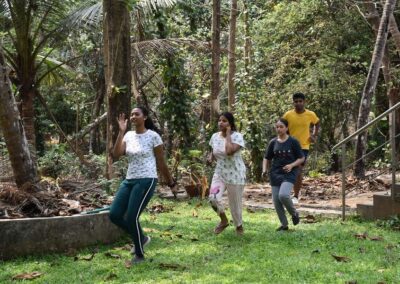 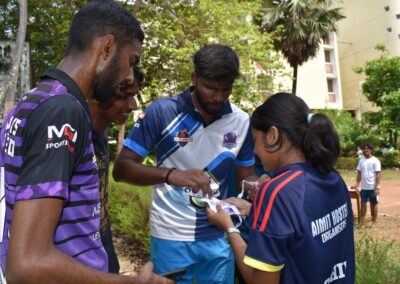 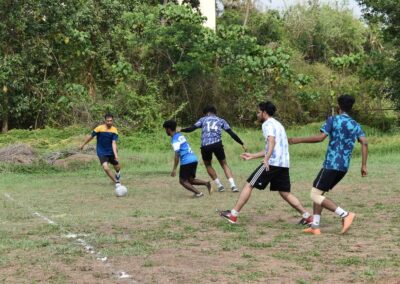 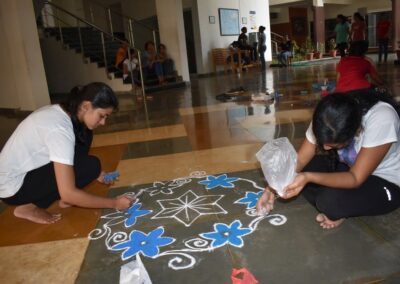 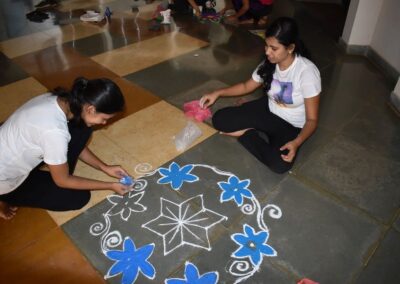 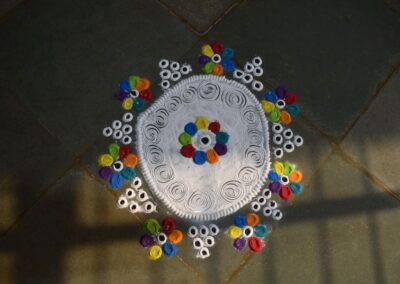 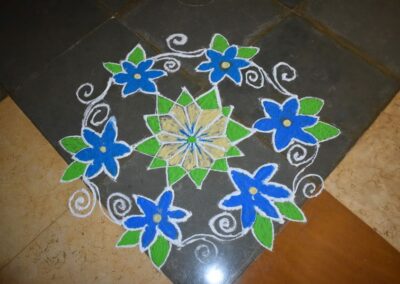 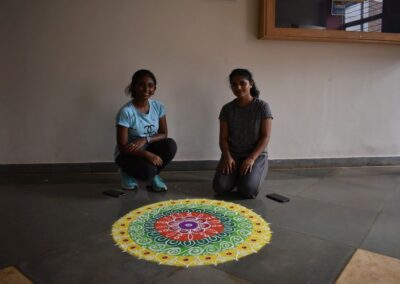