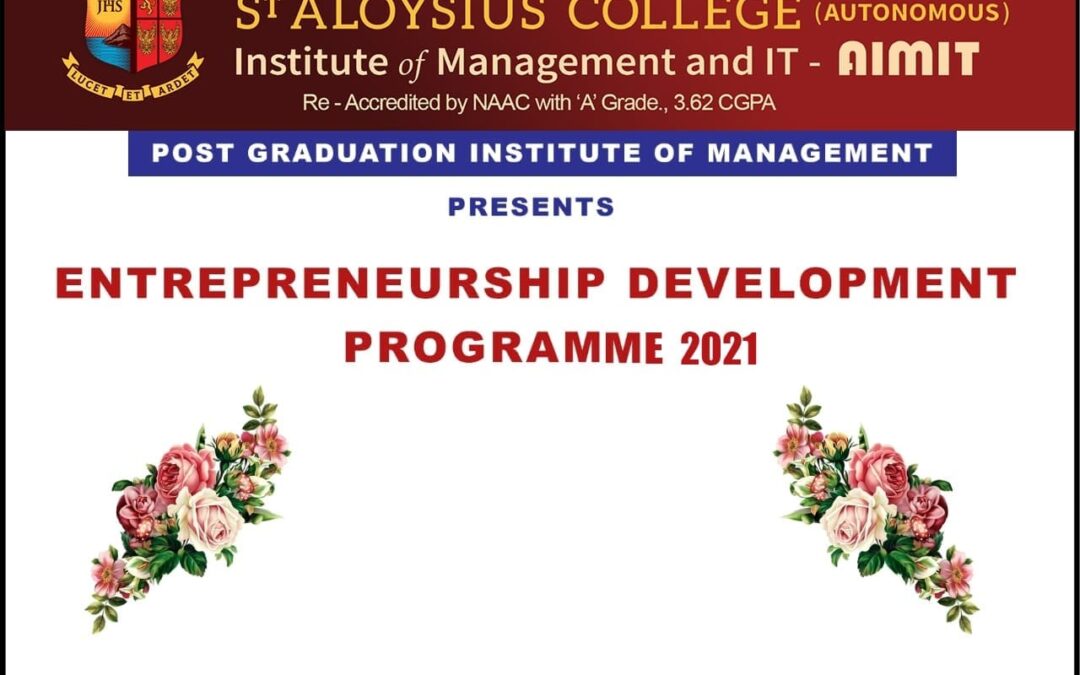 The MBA department of AIMIT conducted an online Entrepreneurship Development Programme (EDP) from June 16 to June 19, 2021 for the second year MBA students. The sessions were conducted for an hour each during the days of the programme with an exception on June 18 when there were two sessions.

The session began with prayer service led by Mr Brandon Elroy and Mr Joycemol Jacob. Dr Dhananjaya K, Dean (Academics), department of MBA graced the occasion with his encouraging presence and welcome address. The dean introduced the chief guest of the day Mr Dikshith Rai, founder of CodeCraft Technologies Private Limited. In his inaugural address, he gave an informative talk on entrepreneurship. He also responded to all the queries at the end of his inaugural address. Ms Supriya M S. compered the session.

Director, Dr (Fr) Melwyn Pinto SJ, in his message emphasised on the new normal and gave insights of current scenario and ways to manage it creatively and innovatively. He stated that adversity has also become the mother of inventions.

The next day June 17 witnessed a vibrant young entrepreneur, Mr Sorabh Nahata speaking on his journey to entrepreneurship. He started Canara Electric and Refrigeration Co. and Air Conditioner Point. He explained it through the theory of passion, focus, consistency and excellence with apt examples of personalities from the world of successful entrepreneurship. He also cited many examples about entrepreneurs from various fields and what strategy they used to apply for their successful journeys. While answering questions, he also mentioned about various funding options for upcoming start-ups. The session was hosted by Ms Wival Gonsalves.

On the third day (June 18) the first session was conducted by CA Prasanna Shenoy M, partner at Prasanna Shenoy & Co, Mangalore. He elucidated in detail on the topic ‘preparation of business plan’. Mr Shenoy described the technicalities of business plan in a way that all could understand easily and the focus was also laid on the key aspects that future entrepreneurs should and need to keep in mind while drafting a successful business plan.

The second resource person of the day was Mrs Vathika Pai, proprietor of Vathika International Travels. Talking on the topic ‘women entrepreneurship’ she gave insights on how to be an entrepreneur. She also highlighted characteristics of successful entrepreneurs and threw light on the challenges and advantages of the generation to become an entrepreneur. Ms Tanuja Pawar, MC of the day, guided everyone throughout both the sessions.

On the final day of the programme on June 19, the input was given by Mr K Nikesh Shetty, a successful practicing advocate, who discussed the legal requirements for starting a business. Ms. Carol Fernandes was the MC of the day.

The valedictory function began with a thanksgiving prayer by Fr Sony Xavier. Soon after the prayer, Ms Riya Jacob summarised the entire programme with a short and meaningful wrap up of all the sessions. It was followed by the students’ feedback narrated and displayed by Mr Sooraj Pai.

The certificates of the online course on entrepreneurship from Santa Clara University, California were displayed on the screen. The valedictory function was aptly concluded by faculty coordinator, Dr Swapna Rose, by acknowledging the massive efforts put in by the entire team and also the encouragement by the management and staff. 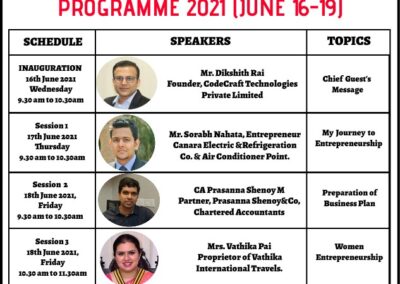 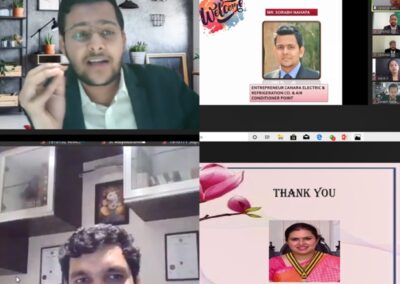 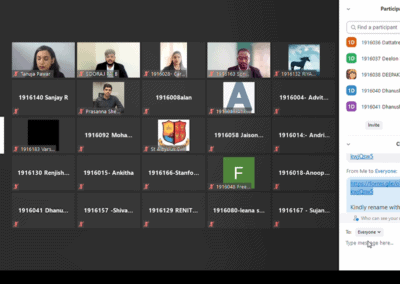